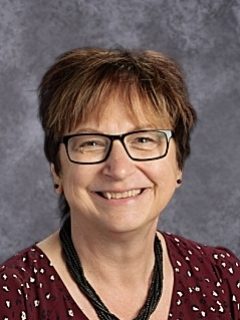 Marie Dewar is the Director of Bands and Choirs for the Ambridge Area High School, and she has been working with the district since the early 1990’s, where she started out as a woodwind instructor for the band program’s Summer Band and Band Camp seasons. In 1999, she was hired full time as the Choral Director and Assistant Band Director. She is a graduate of the Pennsylvania State University, with a BS degree in Music Education. While a student at Penn State, Marie was a member of the Blue Band, Symphonic Wind Ensemble, Symphony Orchestra, Symphonic Blue Band and Church Choir, as well as a substitute Eb, Bb and Bass Clarinetist for the Altoona Symphony. Currently, she is working on completing a Master’s Degree. Marie manages to find time to perform both on clarinet and voice in her community, as well.

Marie lives in the school district with her husband, Bob. She has three children that are graduates of AAHS, and are now living in all parts of the country.