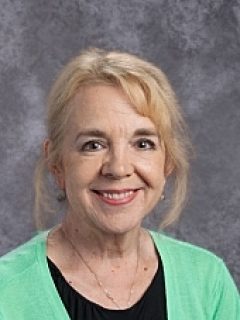 Mrs. Gaffney has been with the Ambridge Area SD for the past twenty seven years, as Food Service Director.  A 1977 Ambridge graduate, Mrs. Gaffney earned her BS Degree in Dietetics from the Indiana University of Pa. She initially began her career as a Registered Dietitian, concentrating in long-term care for the Kane Regional Center, opening the site in Ross Township.  She then accepted a position as Food Service Director at West Hills Health Care Center and later moved on to direct the Food Service Department at DT Watson Rehabilitation Hospital.

Mrs. Gaffney returned to her Alma Mater in 1992, accepting the position of Food Service Director and has practiced in the area of school foodservice ever since.

Mrs. Gaffney earned her Masters Degree in Strategic Leadership in 2006.  She is a member of the  Pittsburgh Regional Food Service Directors, currently serves on the Executive Board, and is past President of the organization.  She is also a member of the Academy of Nutrition and Dietetics.

Mrs. Gaffney enjoys cooking, swimming, baseball—(little League team mom) and is an active member of the YMCA. She and her husband Richard reside in Economy Borough with their little man, Jayce.