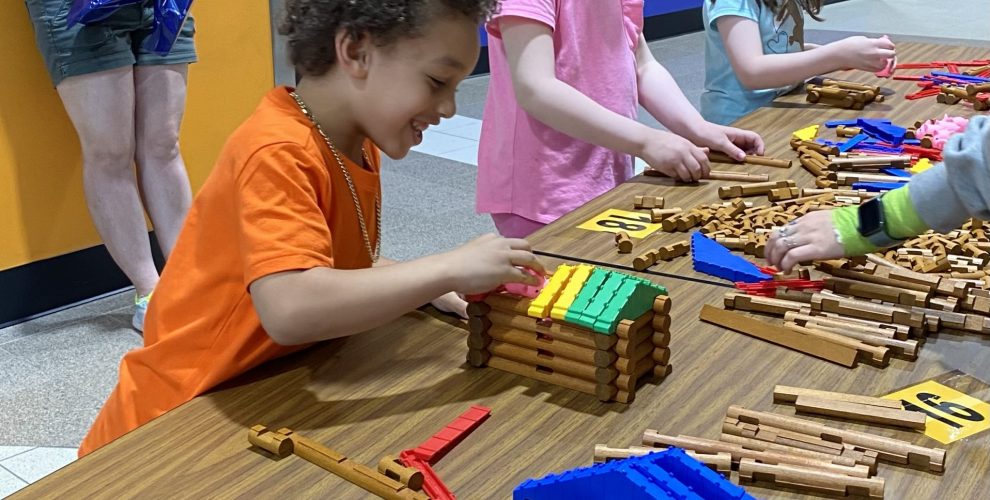 Highland’s STEAM Family Night was held on May 11, 2022.  This event brought the community together while providing unique opportunities for families to interact with STEAM concepts.   Families explored STEAM concepts as they moved throughout the STEAM stations set up inside the school.  Stations were designed to meet the needs and interests of the students. The first station was Battle Bots.  This station was inspired by television’s entertaining robot showdown. The second station was the Big Bad Wolf. Families used Lincoln Logs to create a house for a pig. The Big Bad Wolf Hairdryer huffed and puffed and blew many of the houses down. The third station was a Wind Tunnel.  Our friends at Neighborhood North Museum of Play brought a wind tunnel for our families to explore how different materials move in wind. The fourth station was the World Traveler station.  In this station, families worked together to complete a puzzle of the United States, used classic 1980s View Masters to explore countries around the world, and identified countries around the world by driving Sphero Robots on a World Map.  The fifth station was Spaghetti and Marshmallow Towers. Families used their design and engineering skills to build a tower using only spaghetti and marshmallows. The unusual supplies gave families an opportunity to let their creativity flow. The sixth station was Osmo Pizza Shop. Students managed a virtual pizza shop by taking orders, making change, and building pizza pies.

Every student in attendance received three free books due to the generosity of the Beaver County Educational Trust.  Every student also received a sweet treat thanks to the Highland Parent Teacher Organization.   Several community groups also took part in this event.  Informational tables were hosted by Positive Steps, Beaver County Truancy Intervention, and the Ambridge Council.

This event was made possible through a grant from the Beaver County Educational Trust. 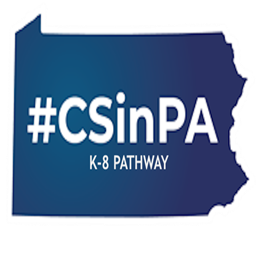 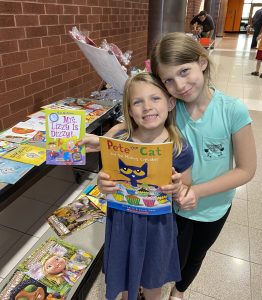 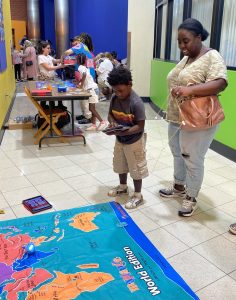 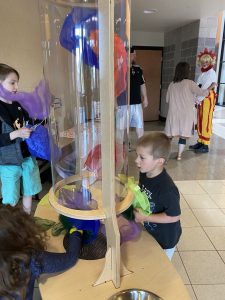 Board Meeting Agenda 5-18-22
Comments are closed.