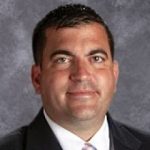 Secretary to the Superintendent

Dr. Joseph Pasquerilla is the newly appointed Superintendent of Schools. Pasquerilla was hired at the School Board Meeting held on Wednesday, February 12, 2020.  Pasquerilla previously worked in the Ambridge School District as the Assistant to the Superintendent and The Director of Curriculum, Instruction and Assessment from 2009-2012.

He began his teaching career in the West Middlesex Area School District in 2003, where he taught High School Social Studies until 2008. Following, he was appointed Principal of Northway Elementary School in the North Hills School District.

Dr. Pasquerilla also served as an Adjunct Instructor of Government at Butler County Community College from 2006-2008.

“Serving as the Superintendent of Ambridge Area School District is an honor and privilege.  I sincerely look forward to meeting students, teachers, families, and community members that comprise this great District.  I am sincerely committed to upholding the important role of Superintendent with steadfast commitment and dedication” said Pasquerilla.

“I pride myself on being extremely visible and encourage you to take advantage of my open door policy.  I genuinely look forward to working with each of you as we build a longstanding partnership, working side-by-side to ensure that Ambridge Area is a great place to learn and grow”.

Assistant to the Superintendent 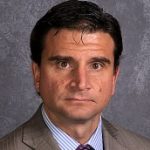 Mr. Barry King currently holds the position of the Assistant to the Superintendent.   He was hired as the Assistant Principal at the Senior High School in 2007.  He has also served as the Principal at State Street  in 2009, Director of Assessment and Special Projects in 2014, Director of Academic Affairs in 2018 and most recently the Substitute Superintendent in 2020.

He earned his Bachelor of Science in Education in 1997 from Slippery Rock University; his Master of Education in 2001 from Edinboro University; and his Superintendent’s Letter of Eligibility from Gannon University in 2012.

Mr. King resides in Beaver County with his wife and two children.

In addition, Mr. King holds the following positions within the district: