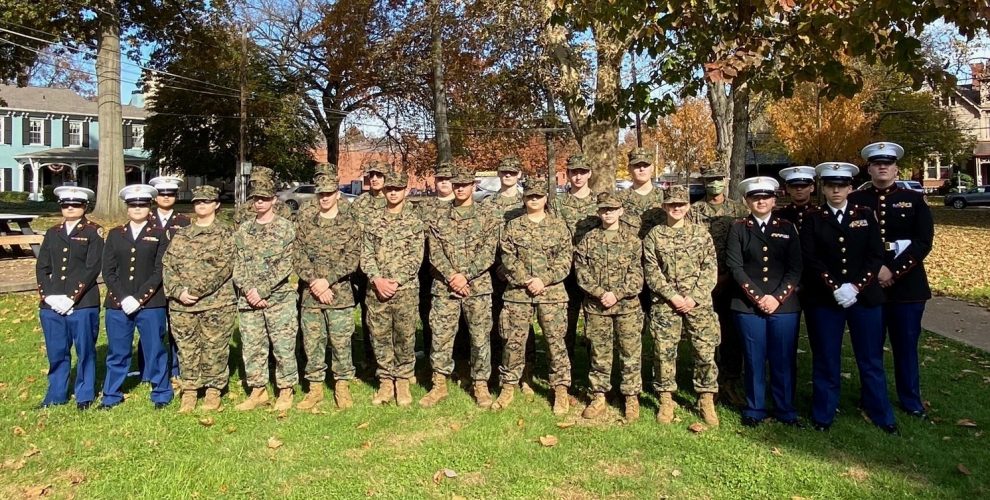 Submitted and Written By Marisa Carey

Thank you to all the MCJROTC Cadets for attending the Vietnam War Memorial Agent Orange/Dioxins Balloon release held in Beaver, PA on Thursday, November 11th by the Vietnam Veterans of America, Southwestern PA Chapter 862. 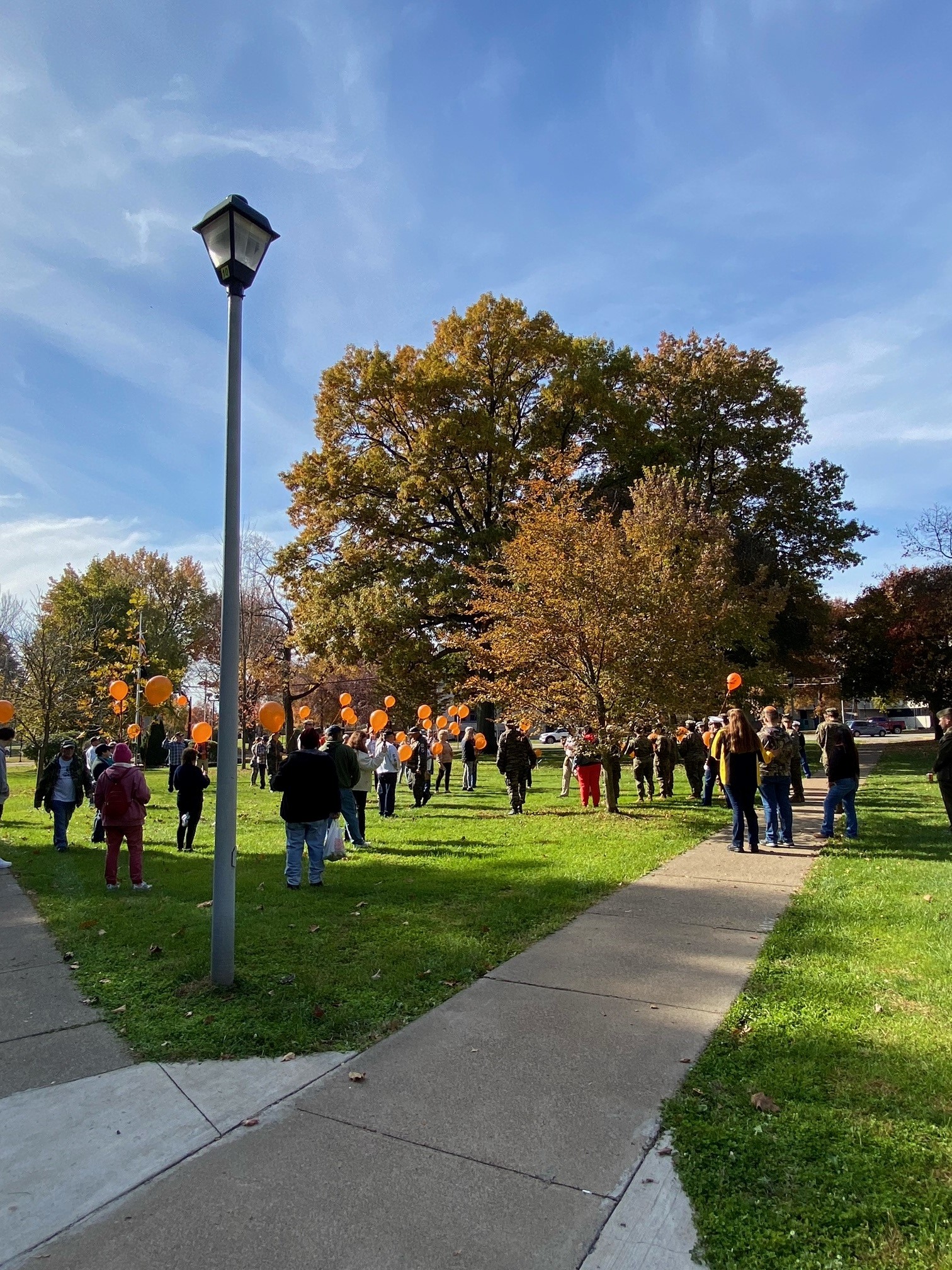 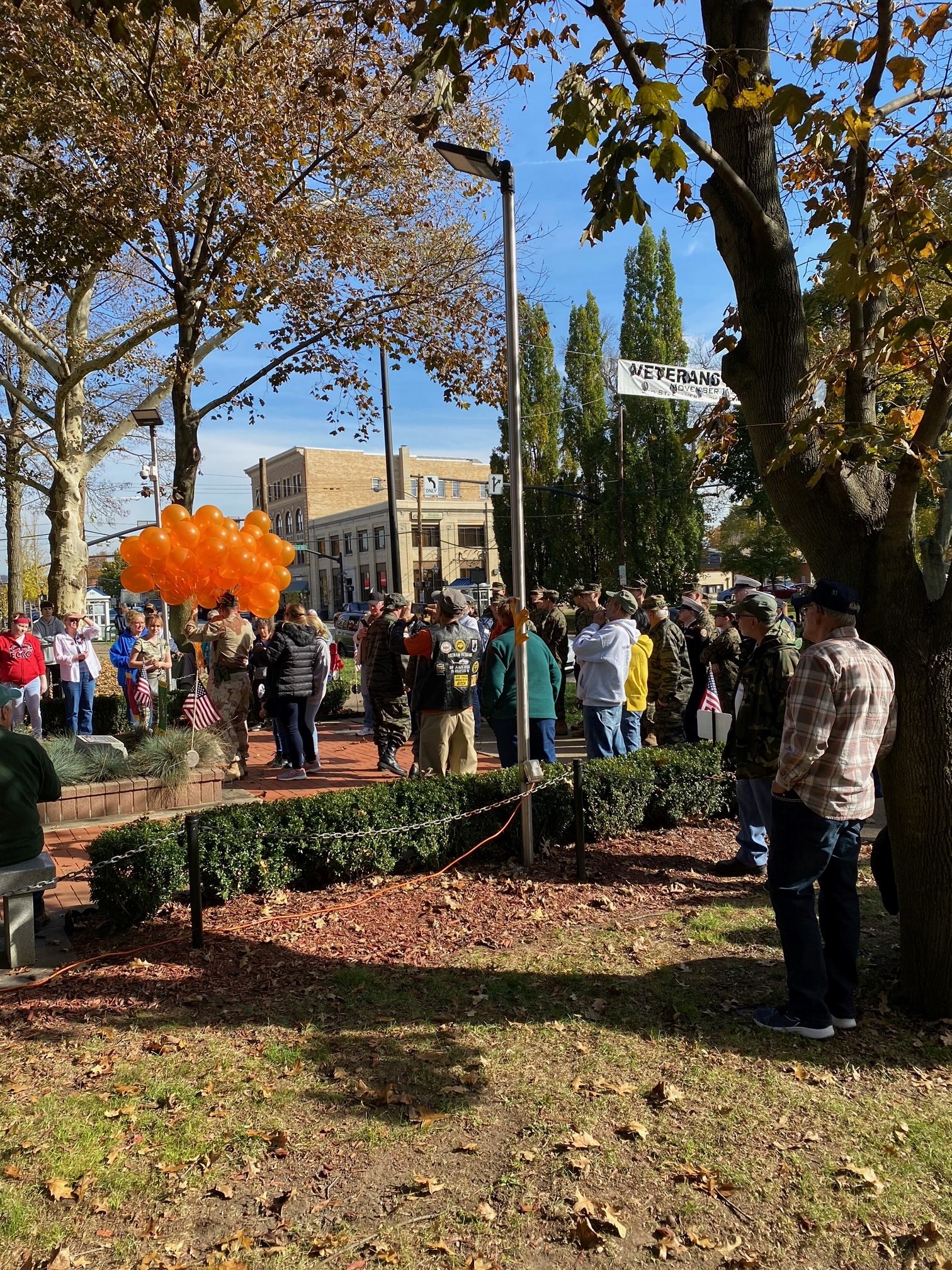 Thank you to the following Marines for their support and participation in the Veteran’s Day Parade: 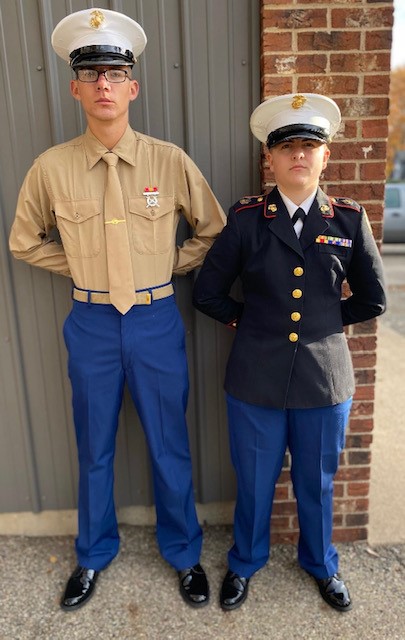 Thank you to the following MCJROTC cadets for their participation in the Beaver County Veterans Day Parade in Beaver, PA held on Thursday, November 11th. 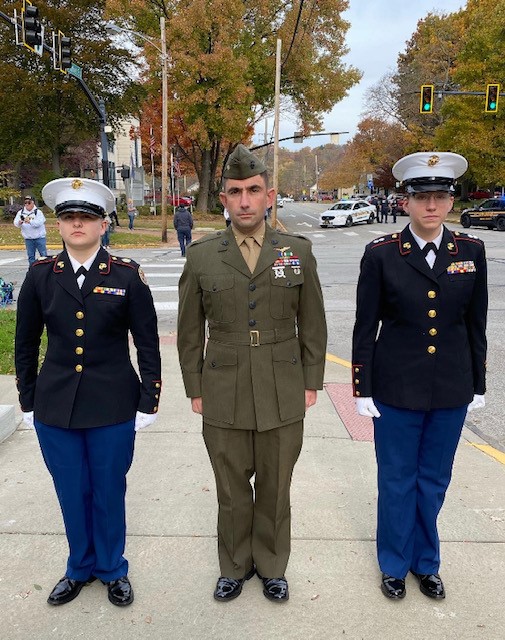 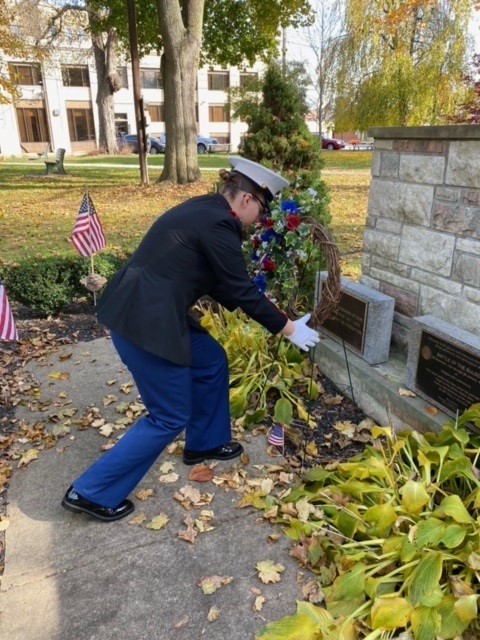 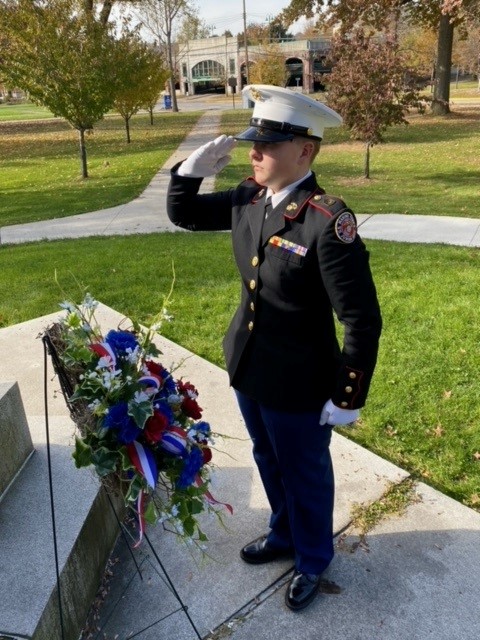 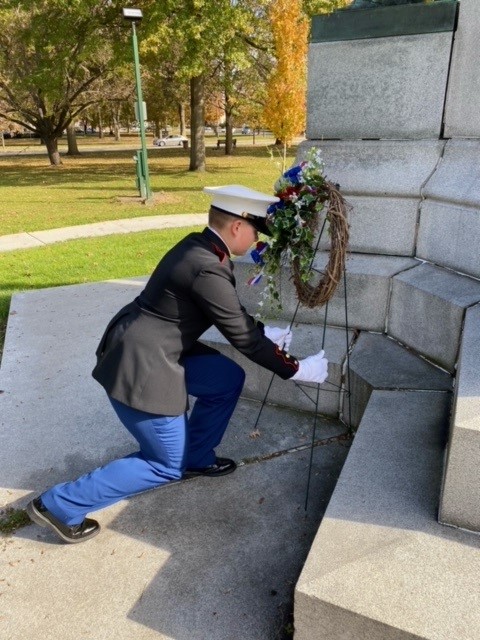 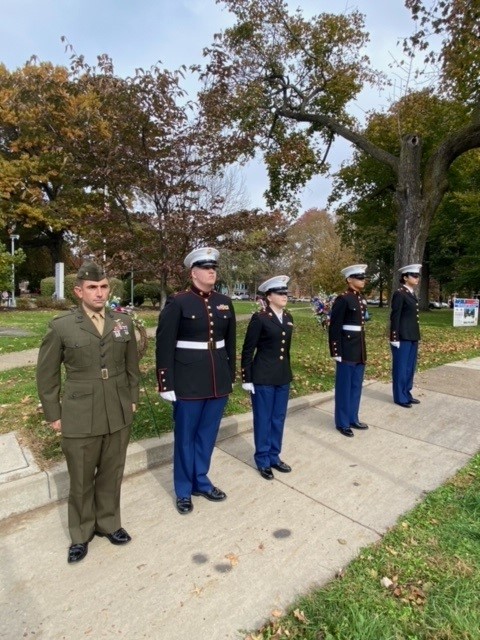 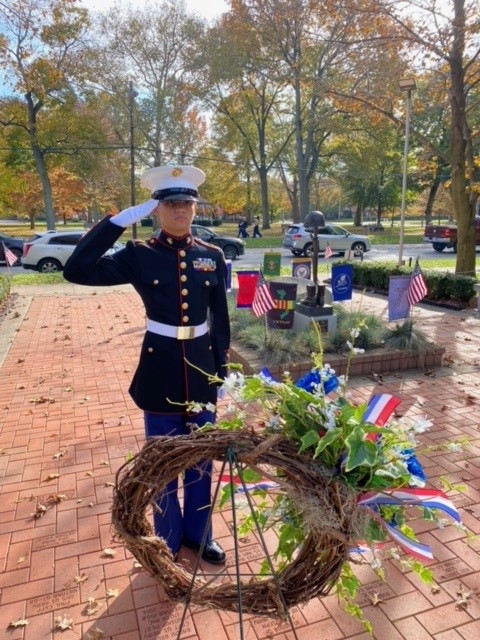 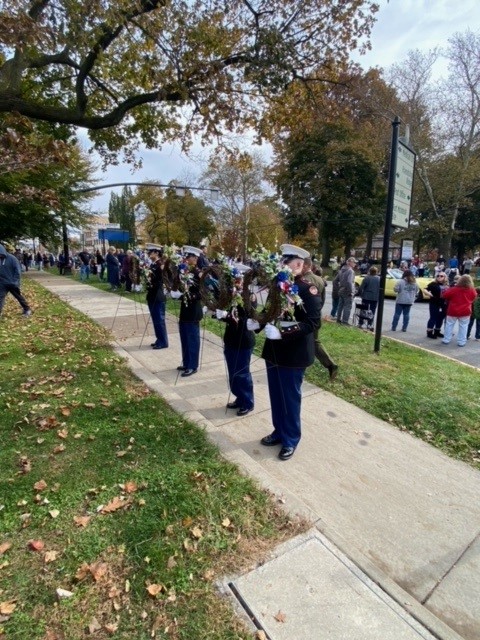 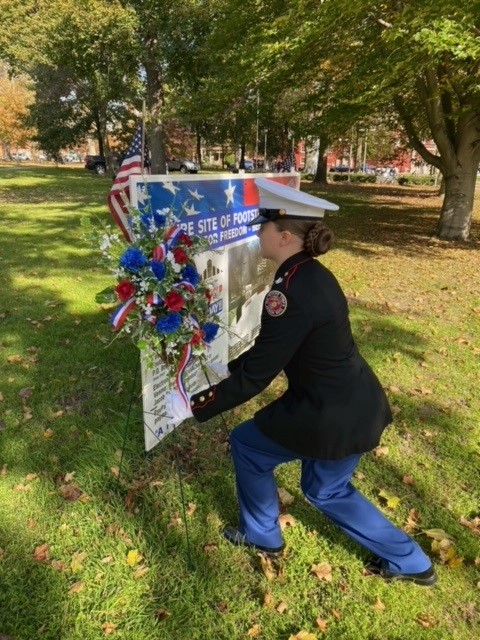 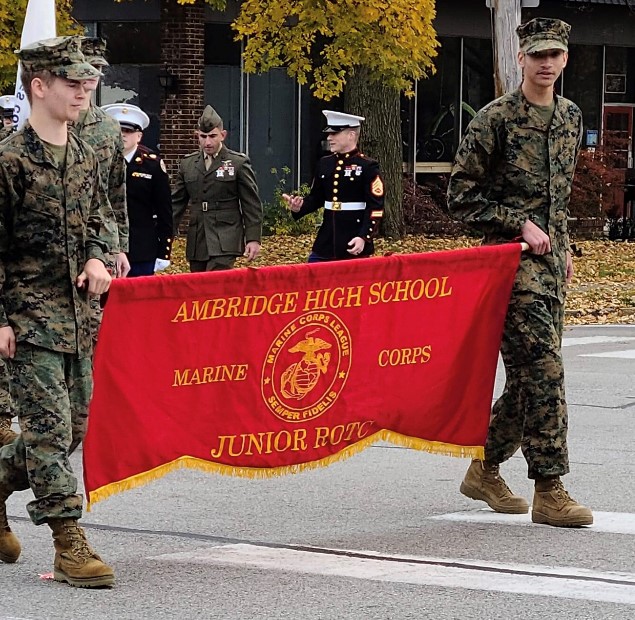 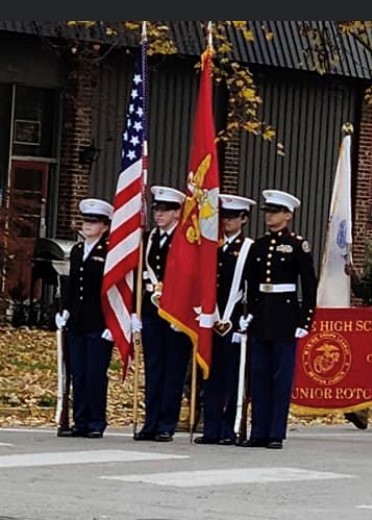 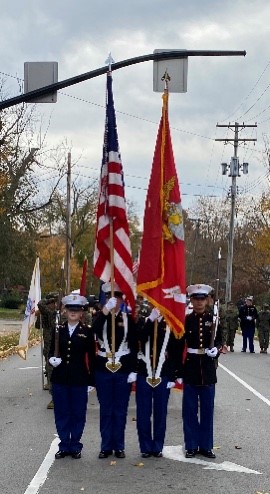 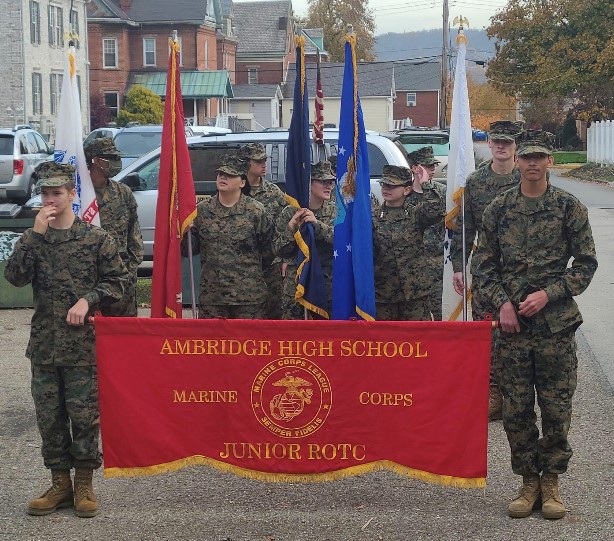 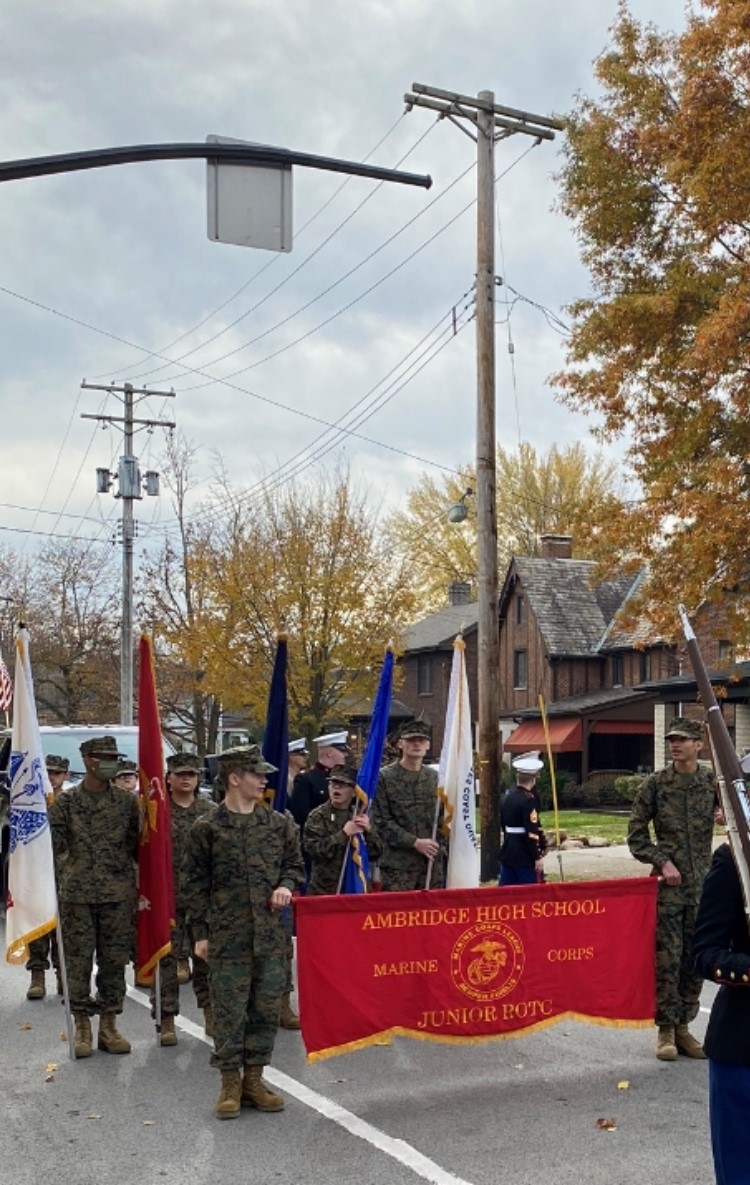 Thank you to Christopher Carey for his trailer preparation, assisting Mary Jo Kehoe with decorations and driving his truck and trailer for the Iwo Jima float. 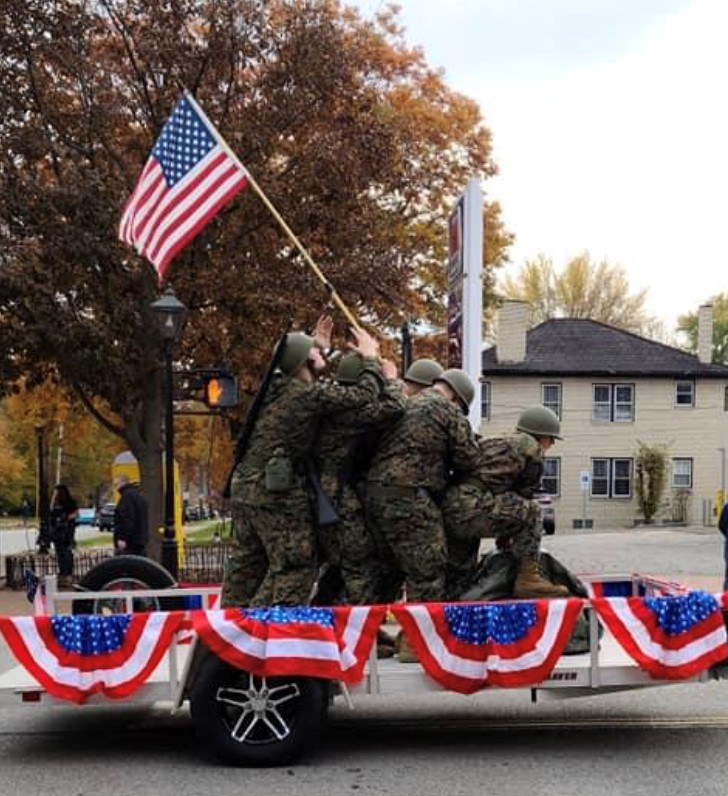 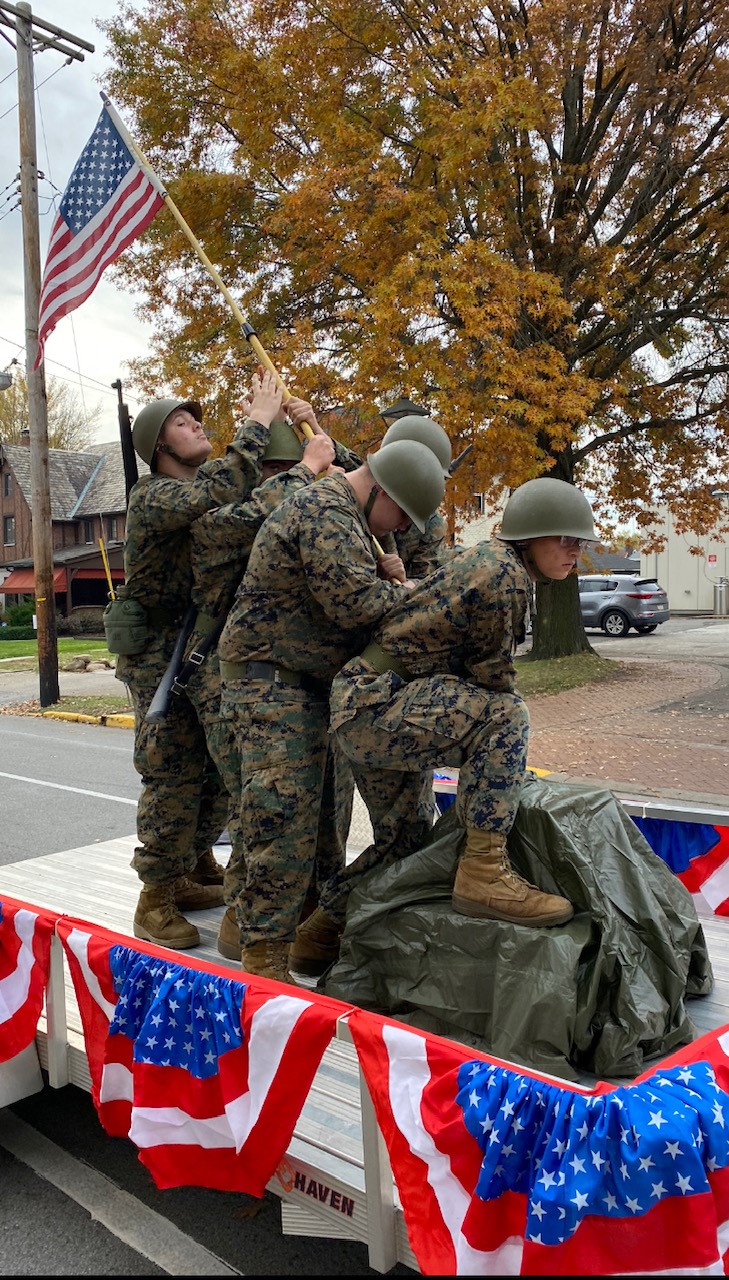 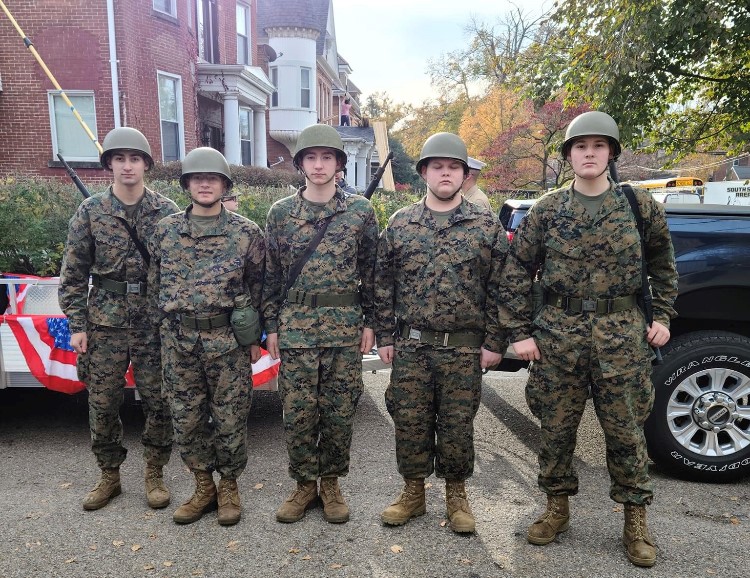 Thank you to 1st Sgt Curtis, Beaver County Veterans Day Event Coordinator, for his time, training and practice in preparation of the Wreath Ceremonies.

Thank you to Major Paugh, USMC, Associate Professor of Naval Sciences, Executive Officer at Carnegie Mellon University and Interim Ambridge MCJROTC Instructor for his oversight and leadership of the Wreath Ceremonies.

Thank you to Mary Jo Kehoe, Ambridge Area School District Board Member, for your support and accompanying me at the Wreath Ceremony Practice along with planning and communications.

Thank you to Christine Hertneky, MCJROTC Parent Support Group Parent, for your help with transporting our daughters on one side of the parade route while I transported the remaining cadets on the other side of the parade route from the Wreath Ceremony to the Parade starting line up.  It was a very tight timeline and with the help of Mary Jo Kehoe’s planning, we all were successful!

Board Meeting Agenda 11-17-21
Comments are closed.