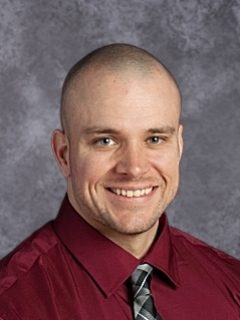 As a teacher in the district, Mr. Turk taught 9th grade health and physical education (HPE) and the elective courses weight training and athletic conditioning (advanced weight training for athletes).  The roles he carried out were department head for health and physical education, various coaching positions, AEDY teacher, cyber teacher and administration intern.  During his time at the high school, Mr. Turk and his colleagues were able to make a lot of positive changes to the HPE department and building.  Some of the changes that were made were to update, streamline and improve the curriculum for the entire high school HPE department.  During the curriculum changes, there were additions such as various elective courses to expand the department and increase graduation requirements.  Some of these elective courses have become some of the most popular courses for students to schedule.

As an administrator, Mr. Turk has worked with Mr. McKelvey and the middle school teachers closely with a huge goal of making the middle school great for the students and staff.  With the transition of the middle school from a junior high, there have been a lot of new systems, modifications and improvements around the building.  Mr. Turk states that “the teaching and support staff have been unbelievable and are truly some of the best people to work with.  Everyone is in it for the KIDS and that is why all of us are in this profession.  Overall, my experience in the Ambridge Area School District has been EXCELLENT!”